The aim of our project is to answer the question of how conditions of research in the GDR and their change with German unification affected academic careers. Owing to global and domestic restrictions, scientific research in the GDR was only partially embedded in the knowledge production of international communities. The socio-political transformations brought about by German unification included a thorough re-structuring of the East German science and higher education system. In this process, many East German scientists lost their jobs, while many others experienced a period of insecurity and turbulence but also gradually improving conditions of their work.

With our investigation we want to answer the question of how these conditions influenced both the research topics scientists worked on and the inclusion of scientists in their international communities before and after 1989. We combine historical and sociological methods to investigate research biographies and academic careers in semiconductor physics and molecular biology. Research biographies are reconstructed with bibliometric methods, archival work and interviews with scientists.

We intend to contribute to the history of science by reconstructing how scientific practices were embedded in the late-socialist society of the GDR, and how these practices were affected by both global and domestic dynamics of political and economic conditions for research. By doing so, we hope to contribute to an understanding of that society. The project’s contribution to the sociology of sciences consists in a comparative perspective on the inclusion of researchers in international knowledge production, which considers the situation of GDR’s scientists as a specific (and, in some dimensions, extreme) case of a more general phenomenon. We will compare and integrate our findings on the situation for scientists in the GDR and its effects with situations of limited inclusion in other countries. 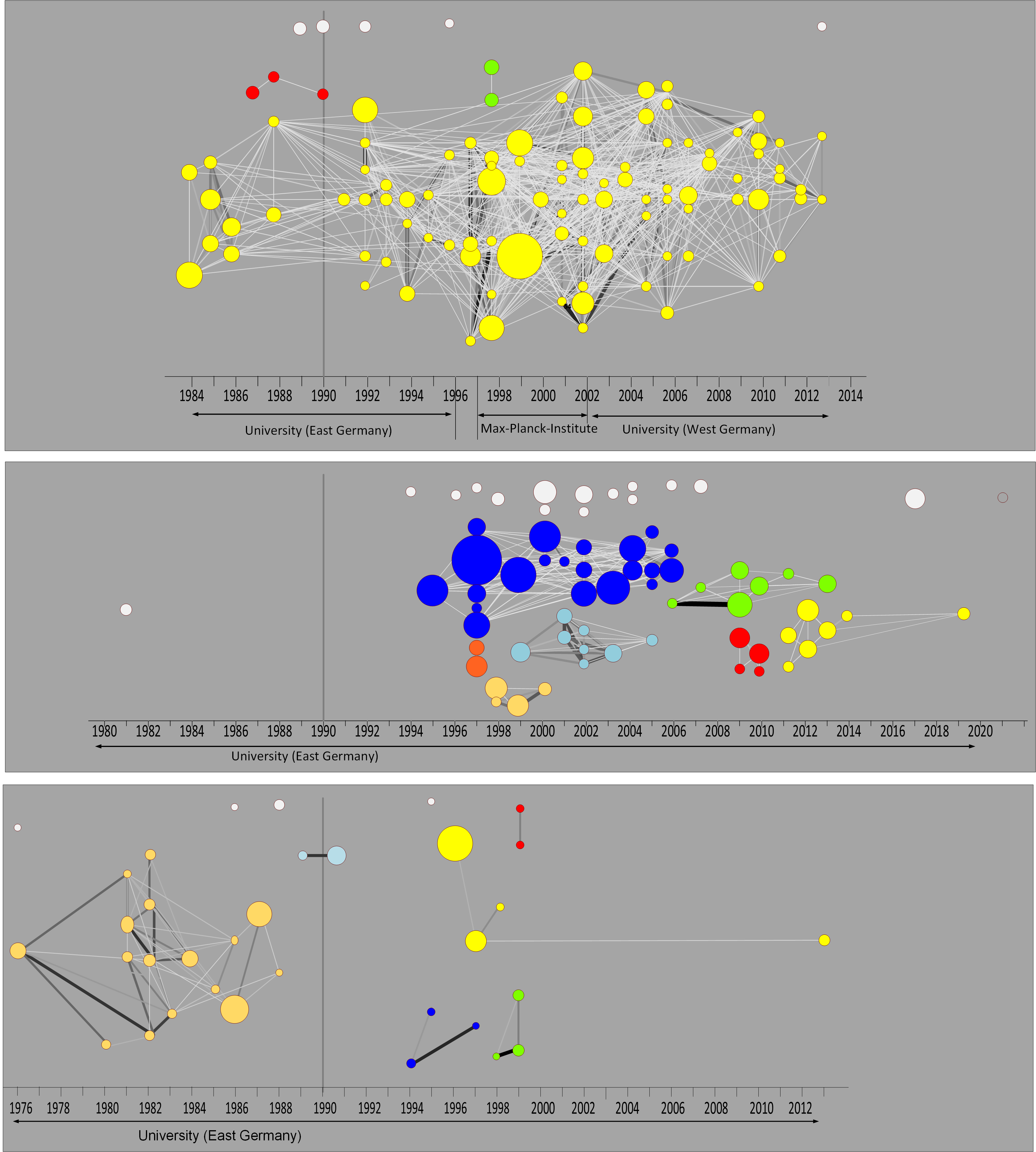 Visualisation of three research biographies based on publications indexed in the Web of Science. Circles represent publications (with the size indicating the relative number of citations). Lines represent thematic similarity of publications, which we measured as the proportion of shared references of two publications. Colours represent research topics (clusters of thematically similar publications.

This research project is supported by the German Federal Ministry of Education and Research (BMBF).